Citing personal reasons, Parks announced on his social media accounts his decision to sit out the next season due to family matters.

“It is with a heavy heart that i will have to excuse myself and not partake in this year’s PBA season due to personal reasons which in particular, my family,” Parks’ statement read.

“It was not an easy decision to make, especially since I’ve been in constant talks with TNT management, but right now, this is what’s best for me and my family.

I will always be grateful for the opportunity to represent TNT and be part of such a special team and culture. Hopefully one day, once everything is resolved, I can come back to the team and help bring a championship to TNT.”

Parks led TNT to a finals appearance in the 2020 Philippine Cup bubble, though he was injured in the championship series. 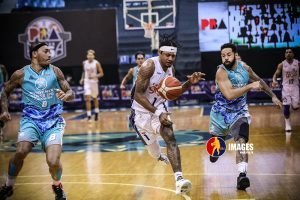 Barangay Ginebra won the all-Filipino title via a 4-1 series win.

The PBA’s 46th season is tentatively set for April of 2021, although it could be pushed back to accommodate Gilas Pilipinas’ preparation for the FIBA Olympic Qualifying Tournament.