PASIG City — Ahead of the second staging of the AIA Vitality KAMPEON Cup this weekend, founder Anton Del Rosario on Monday bared the ambitious plans he has for the 7’s Football League in the years to come.

The former long-time Philippine Azkals defender said that the 7’s Football League plans to go international as early as next year, and the inter-city KAMPEON Cup is the crucial first step toward fulfilling that dream. 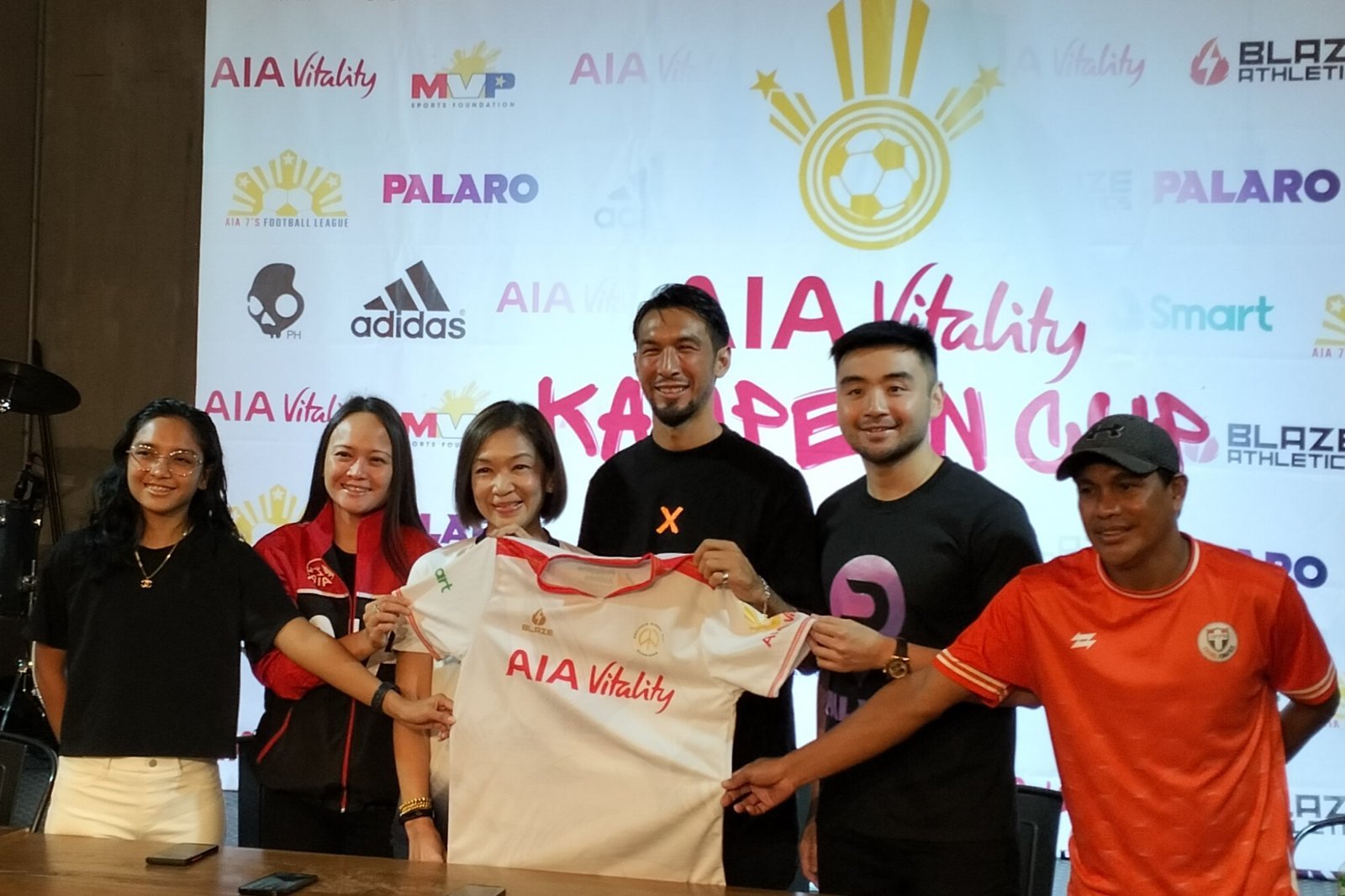 “We started the 7’s in 2018. 2019 is when AIA came on board. It opened up avenues to introduce the 7’s to the youth and women, and to expand to other locations. By mid-2019, we were in four different cities, and that’s where the first KAMPEON Cup was held,” Del Rosario said in a press conference held at Studio 300 here.

The second edition of the KAMPEON Cup will kick-off on October 14 at the La Provincia field in Bacolod City and will run until October 16. The event fittingly coincides with the city’s month-long Masskara Festival celebration.

“The KAMPEON Cup is the culminating tournament at the end of each season of the leagues in each locations. We take the men’s tournament and pick the best players in the top division to represent the city, and fly them to the host city,” he added.

Back in 2019, Cebu, then represented by Leylam F.C., defeated a star-studded Manila side in the final, 5-3 to win the inagural event. Dynamic Herb Cebu F.C. midfielder Marius Kore was named tournament Most Valuable Player.

“The KAMPEON Cup also provides opportunities to players to think that there is a future for them in football in the country. That’s what the 7’s is here for, too,” Del Rosario continued.

Among those representing the McKinley Hill squad are Lawrence Baguio of Maharlika Manila F.C., Marco Cauyong of Mendiola F.C. 1991, and veterans Izzo and Badorry El-Habib. On the other hand, no less than Stephan Schrock will play for the Bacolod team.

The staging of the KAMPEON Cup will bring the premier seven-a-side competition to the south after more than a two-year delay. Prior to the COVID-19 global pandemic, 7’s was supposed to fly to Cebu in March 2020 to hold the second edition, before the world shut down.

For the tournament format, the six teams will be divided into two groups of three each. After the single round robin group stage, the top two teams from each group will advance to the knockout semifinals.

During the live draw held shortly after the presser, San Carlos, Pampanga, and Bacolod were drawn to Group A while in Group B are McKinley Hill-BGC, Iloilo, and Cebu.

The winner of the KAMPEON Cup will likely represent the Philippines in an international 7’s Football Cup set tentatively in March 2023. Managers from Japan, India, and Brunei have already committed. According to Del Rosario, 7’s is also in talks with team from the United States, Guam, Singapore, and Malaysia.

Looking further into the future, the former Kaya F.C. and Ilocos United stalwart also shared that he wants to continue growing the local 7’s Football League tournaments in as many cities possible with the help of local governments and their partner AIA.

“We want to be able to grow the sport to 24 cities at the end of this year. The 7’s is the largest active youth development program in the country right now. It goes on week after week throughout the year. We see this as a major youth development program for football. There is a lot of opportunity for 7 a side football to grow. Next year, we will be having an international competition,” he said.

“We do want to partner and work with the local government. I will be meeting with (Quezon City Vice Mayor) Gian Sotto to set up in Q.C., (Pasig City Mayor) Vico Sotto to set up in Pasig, we are looking to partner with cities to extend. Working with the LGU in Bacolod is important. We are also talking to (Taguig City Mayor) Lani Cayetano for the March 2023 tournament.”