Featuring a near full-strength roster, the powerhouse New Zealand Tall Blacks dominated Gilas Pilipinas from start to finish, 106-60 in the FIBA World Cup 2023 Asian Qualifiers third window on Thursday in front of a capacity crowd inside the EventFinda Stadium in Auckland.

Boasted by the presence of World Cup veterans like Shea Ili, Corey Webster, Finn Delany, and Jordan Ngatai, the Tall Blacks needed only two quarters to assert themselves and book the easy wire-to-wire victory in Group A which they swept with a 4-0 record. 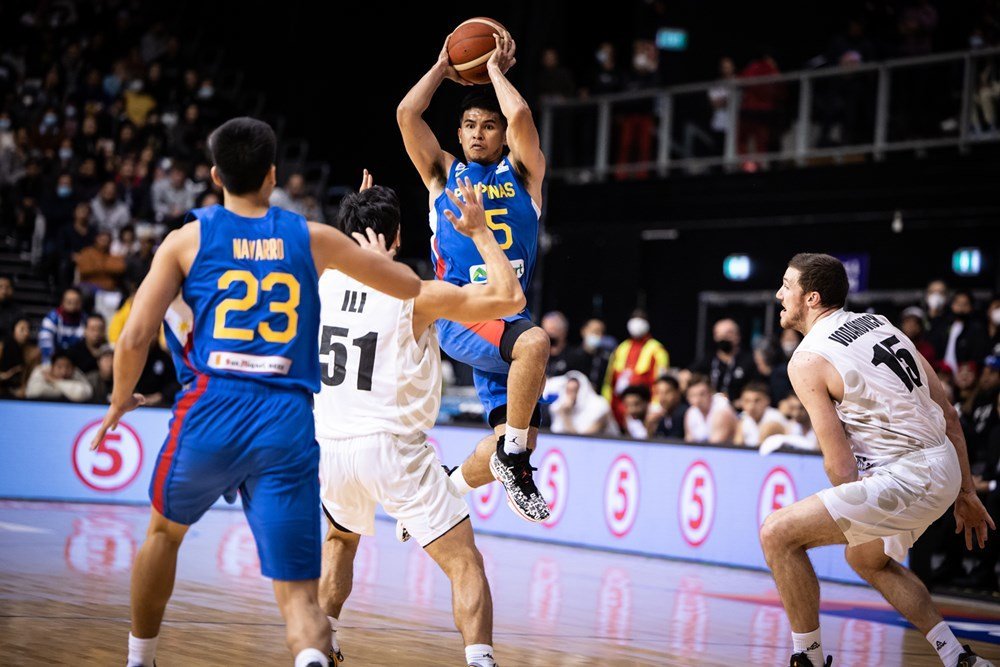 Dion Prewster, who played in the second window, led the balanced effort which saw six double-digit scorers with 15 points on 6-of-10 shooting. Delany chipped in 14 points and seven rebounds while Ngatai and Ethan Rusbatch both finished with 12 markers.

New Zealand went on to outscore Gilas, 24-8 in the second frame, for a 47-21 halftime cushion. The home side continued to pounce on the hapless 11-man Gilas side in the final quarter where it led by as much as 46 points.

Carl Tamayo led the Philippines with 16 points on 60 percent shooting and five rebounds. Rhenz Abando added 11 points and a trey.

The duo carried Gilas in a productive third quarter where it scored 22 points. However, the Philippines shot 21-of-62 overall from the field, including a 4-of-26 clip from three-point land.

The Tall Blacks repeated over Gilas in the process. They beat the nationals, 88-63 last February 27 at the Smart-Araneta Coliseum.

Head coach Nenad Vucinic’s wards will return at home to play India at the Mall of Asia Arena on Sunday, July 3.