Leopoldo Serantes, the lone bronze medalist in the 1988 Seoul Olympic Games, is appealing for help with his medical expenses. Confined at the ICU of the Veterans Memorial Hospital in Quezon City since July 22 this year, the former amateur standout said he needs assistance for his expensive medicine for his Chronic Obstructive Pulmonary Disease (COPD) and chronic hepatitis C. He has been in and out of hospital since 2005 for various illnesses.

A retired 2nd lieutenant of the Philippine Army, Serantes said the Philippine Sports Commission (PSC) thru Chairman William “Butch” Ramirez has been helping him in his several hospitalizations and other needs but he would not want to bother PSC for further help.

He is also thanking fellow Olympian Monsour del Rosario and other friends who have extended him assistance.

The 59-year old veteran who has seven children and 24 grandchildren has a pension but it is not enough to pay his loans acquired through the years.

It will be recalled that Serantes at 26-years-old reached the semifinals of the Seoul Olympic Games in 1988. He fought a gallant battle against Ivailo Hristov of Bulgaria who eventually clinched the gold medal in the light flyweight division after beating Michael Carbajal of the United States.

Carbajal moved on to become a world champion for many years as a professional boxer.

Another prominent batchmate of Serantes is American Roy Jones, then 19 years old, who lost the gold to South Korea’s Park Si-hun in a controversial light-middleweight final. Jones had since won world championships from light-middleweight to light heavyweight.

The late Anthony Villanueva, a silver medalist in the 1964 Tokyo Olympics, was one of Serantes’ coaches. Before his fight in the semifinals, Villanueva and then Mania Mayor Mel Lopez gave Serantes a pep talk.

Asked why he did not turn pro, Serantes said he was happy with his bronze medal as this was what he had asked from God. He later joined the Philippine Army as a master sergeant. 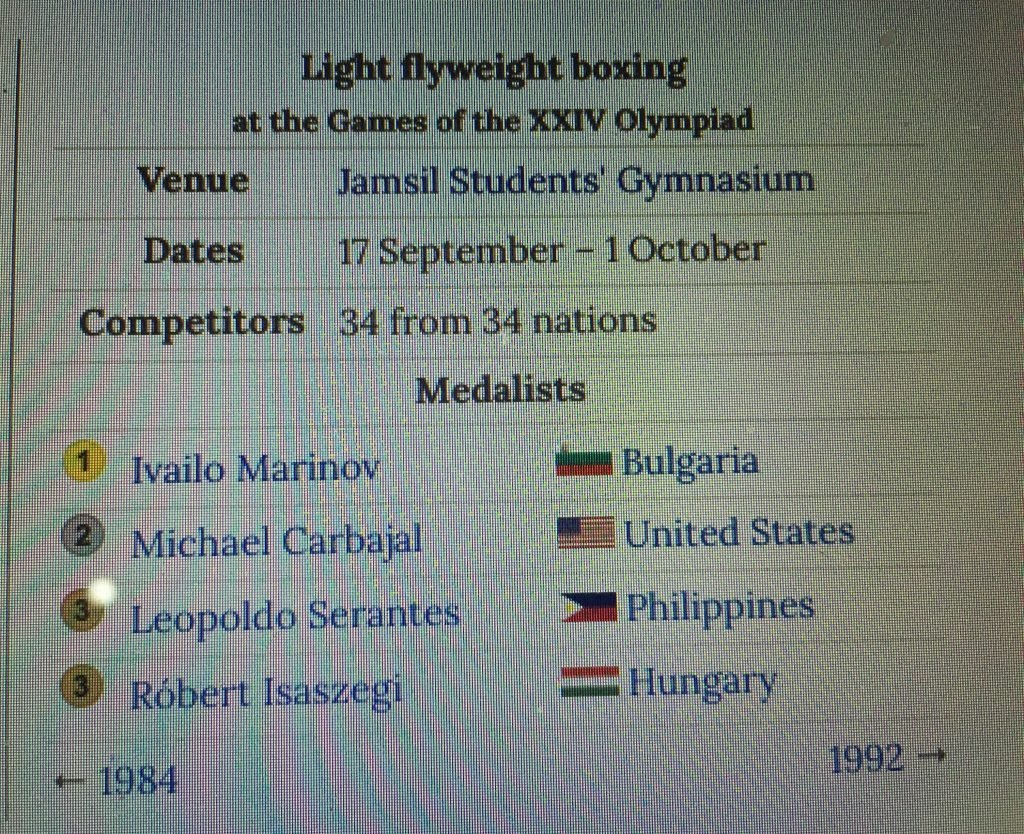 In a Facebook post, Serantes recalled that when he won the Olympic bronze, he also received cash rewards. The late Mayor Mel Lopez, president of Amateur Boxing Association of the Philippines or ABAP then gave him P20,000, PSC- P75,000, and the late President Cory Aquino- P50,000. But taxes were deducted from these rewards.

San Miguel Corporation also signed up Serantes for a six-month “Gold Eagle Beer- Leopoldo Serantes Boxing Clinic” which was staged in various towns and cities to teach the youth the sport of boxing. He was surprised that tax deductions were also made on his P250,000 contract.

Serantes was able to buy a house and lot in Cainta, Rizal for P150,000 but he had to sell the property “dahil sa kahirapan” or due to poverty.

When Pol was first hospitalized for a lung ailment in 2005, a sports commentator requested that his talent fees for the 2005 SEAGames coverage be donated to Pol. The TV executive said she would make the arrangements. When the sportscaster and Pol met many years later at the 2019 SEAGames in Manila, Pol said he did not receive any from the producer.

Pol has learned to accept the hardships that he had to endure but continues to relish that on a few occasions, he had given honor to the country including a gold medal in the 1985 Bangkok Southeast Asian Games. He also denied that he was abusive of his health and money. He said life was simply hard on him.

Serantes’ family now lives at Paliparan in Dasmarinas, Cavite. He had lost his wife, Divina, in September 2019, daughter Leoverly in September 2018 and his grandson Leobert in January this year. The latter left the family with a close to P470,000 hospital bills which remain unpaid to this day.

Last July, Serantes and nine other athletes were inducted into the fourth batch of the Philippine Sports Hall of Fame and received a P200,000 grant from the PSC.

Serantes is thankful for the blessings and one of his wishes is to have a longer life or in his words, “kung papaano pa mapahaba ang buhay.”

He also requested this writer to help him find a second-hand van that he and his family can use. He said he does not want to be transported in an ambulance van all the time and it would be easier for his family to visit him in the hospital if they had their own vehicle.

This writer believes there will be another kind-hearted company or individual who will grant Pol’s wish for a vehicle. After all, Leopoldo Serantes is a true hero, one of only 12 Filipinos who won Olympic medals in 97 years. Of the 14 Olympic medals won by the country, eight came from boxing.

Those who may wish to help Pol Serantes may deposit at Leopoldo Serantes’ Land Bank of the Philippines account no. 2376111326. 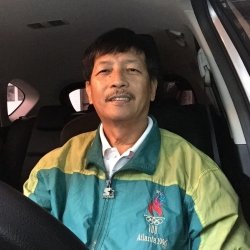 He anchored the weekly Aksyon Sports on Radyo 5 92.3NewsFm from February 2011 to March 2020 (before the lockdown).

The show won two KBP Golden Dove Awards for Best Sports Program on Radio in 2016 and 2018.

As a motoring journalist the past 27 years, he has been a recipient of 11 Henry Ford Motoring Journalism Awards (from 2001 to 2019) and the Nissan Best TV Feature and Best Story Award (2005) and the Department of Tourism Best TV Travel Feature Award (2012).