For nearly two decades, mixed martial arts (MMA) has grown from a niche sport to establishing itself as a pillar in the athletic Parthenon.

One of the organizations that have been responsible for elevating MMA into a mainstream staple outside North America is BRAVE Combat Federation, a brainchild of His Highness Shaikh Khalid bin Hamad Al Khalifa from the Kingdom of Bahrain.

“The vision of His Highness Shaikh Khalid bin Hamad Al Khalifa was clear to us from the first day one, which is to reform the MMA industry from an event business to a sports business and to give opportunities to fighters around the world, regardless of marketability, language, nationality, or region. Talent would be the only variable,” company president Mohammed Shahid.

“We are witnessing his vision unfold today as we see the development of MMA all over Asia, Africa and South America. Now, it’s showing in Europe,” he continued.

BRAVE CF may have firmly established its roots in the Persian Gulf, but one of the company’s missions is to make the sport a part of the daily fabric of society wherever it stages a show.

In line with its strategy of building talents from the grassroots level, the promotion has signed more than 500 athletes from 70 different nations. In addition, it took advantage of venturing into untapped markets like India, Pakistan, Columbia, Romania, South Africa, Morocco and Jordan.

Aside from enlisting established names in MMA such as Ali Bagautinov, Jose “Shorty” Torres, Elias Boudegzdame, Zach Makovsky and Mohammad Fakhreddine, BRAVE CF has also been pivotal in the formation of local and homegrown stars such as Eldar Eldarov, Abdisalam Kubanychbek, Muhammad Mokaev and Jarrah Al-Silawi.

Moreover, staying true to its commitment to grow the sport, BRAVE CF partnered with IMMAF to hold the World Championships in 2019, giving amateur competitors a global platform to strut their wares.

‘’We have the best scouting program in the world, there’s no doubt about it. That’s because we connect with MMA people around the world, we connect with the gyms, with their national federations, with everyone involved in the sport. That’s how you unearth the gems that we have,” Shahid shared.

For 2021, Europe has been the center of BRAVE CF’s attention, kicking off the year with an event in Sochi, Russia last January. The organization upped the ante last June 4th by holding its maiden show in Minsk, Belarus, catering 11 high-octane bouts that managed to feature six up-and-comers from the host nation.

“BRAVE CF has contributed so much to the reemergence of Belarus in MMA. Football, hockey, and basketball are the most popular sports in our country. But thanks to a promotion like BRAVE CF, the future of MMA in Belarus is secured,” said Tatsiana Kukhareva, the director of Rukh Sport Management.

BRAVE CF recently announced that it is set to make its debut in Milan, Italy on August 1st, widening its footprint in Europe. 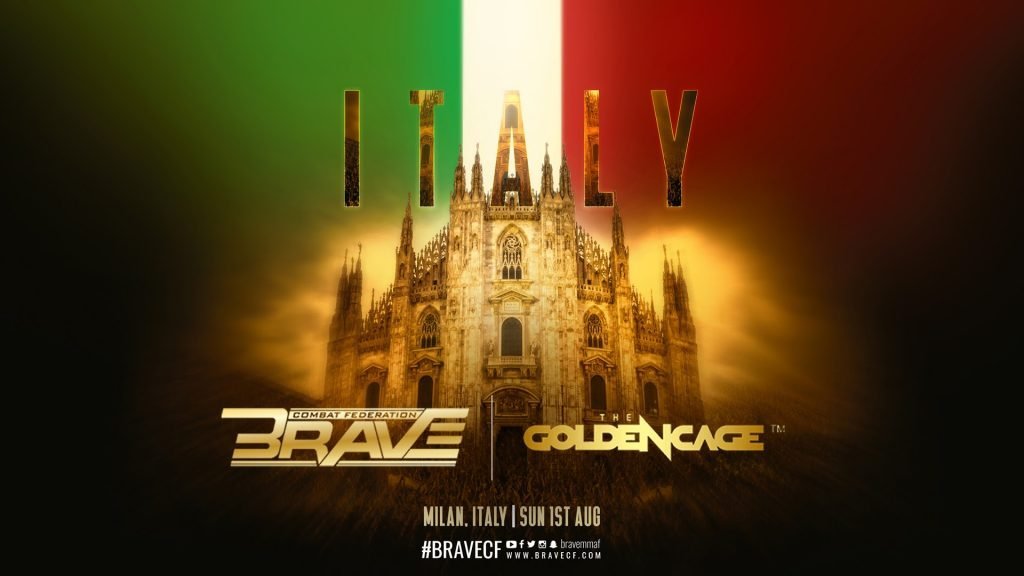 Olli “The Amazing” Santalahti, a European blue-chip recruit who inked an exclusive multi-bout contract with BRAVE CF earlier this year, is admittedly blown away by its aggressive expansion throughout the continent.

“I can say that BRAVE CF is taking over Europe,” Santalahti declared. “The fighters they are getting are high level. Though they originated from the Middle East, I think they are also the top European organization at the moment.”

Given the Bahrain-based outfit’s exponential growth, there also seems to be no signs of slowing down for BRAVE CF.

“The company is breaking records and making history towards the new age of MMA. It’s an absolute honor to be a small part of this global vision,” Shahid stated.