UniPin prepared a series of exciting events for Genshin Impact fans and players from the Philippines, Indonesia, Malaysia, and Thailand. The series of events feature skills and creative activities that will surely challenge local fans and players, and there are also various promotions and giveaways with UniPin’s local partners brimming with rewards. The events take place from October to November 2021 teeming with prizes.

Starting off with the UniPin SEA Cosplay Competition is open for cosplayers, anime lovers, and fans to show off the cosplay of their favorite Genshin Impact character. To participate, participants will be challenged to portray one of their favorite Genshin Impact characters, and submit a minimum of three photos with different angles/poses. Participants are also allowed to submit additional photos and videos, which will provide extra points towards the judges’ assessment. The costumes used for cosplay itself can be homemade or made by someone else. There are several winner categories, which are SEA Best Cosplay, Best Male, and Best Female from each country, and also eight best cosplayers awards, submission of entries will be until November 5th.

The Genshin Impact Photo Story Competition is where fans and players can take their photos while playing Genshin Impact, upload those photos as a Facebook or Instagram post with an interesting caption and add the hashtag #UniPinGIPhotoStory, entries will be accepted until November 5th.

In the midst of taking the pictures of the game, competitive Genshin Impact players can also join the Show Off Your Skill competition to prove one’s mastery, make sure to send video entries on or before November 19th. Players will only need to fight against Boreas or Azhdaha and record the battle. Those with the best combo party may bring home cash, UniPin Credits, and exclusive merchandise.

Flex your creativity Manga lovers and join the Manga Competition, it’s as simple as uploading one’s Genshin Impact manga story to Facebook or Instagram account on or before November 12th. The eight most creative stories will be chosen across Southeast Asia to win amazing prizes. 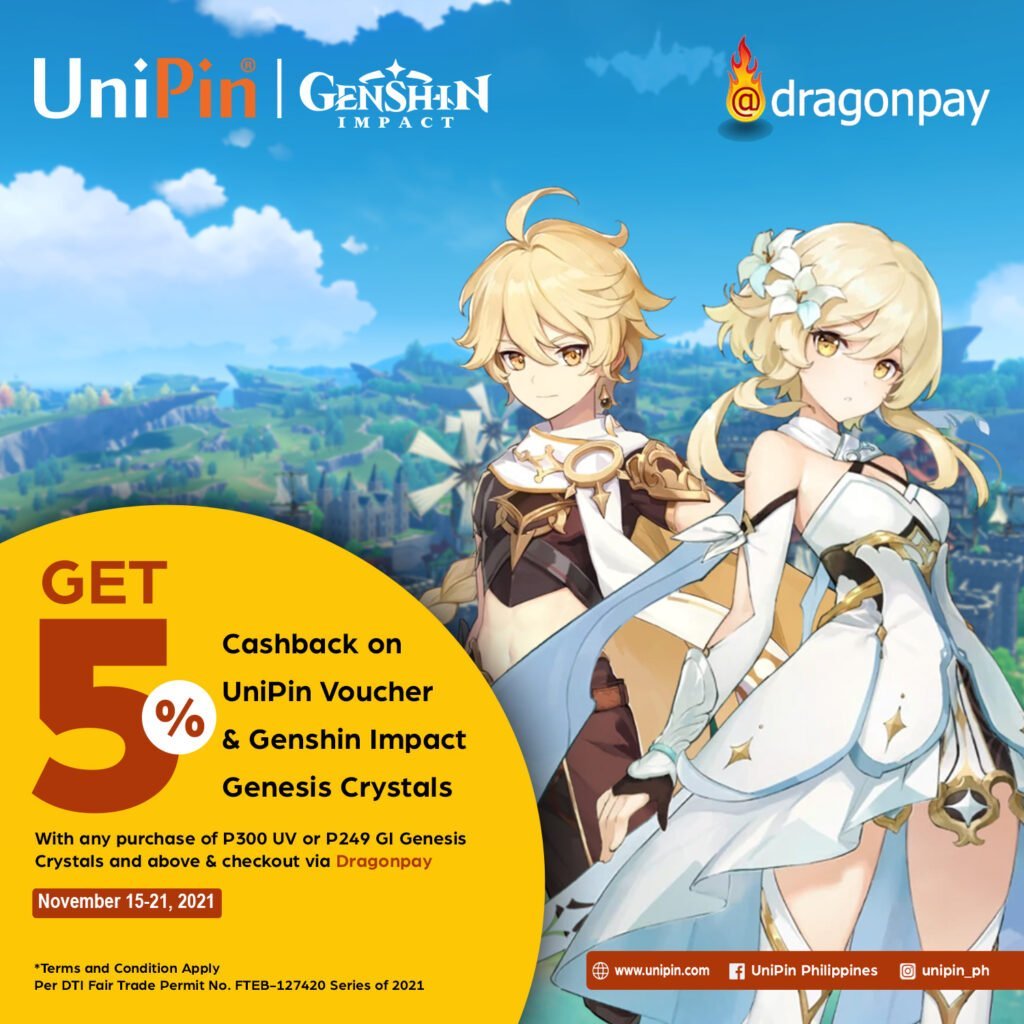 Stand a chance to win a total of more than P 62,000 cash and UniPin Credits from all competitions open to the Philippines, Indonesia, Malaysia, and Thailand. Don’t forget to check out UniPin Philippines amazing deals for the month of November which includes the Hello Traveler Giveaway powered by Globe, where a brand-new mobile phone, UniPin Credits, and Genshin Impact merchandise are up for grabs, and get great savings with Globe, Dragonpay, and Smart when you top-up Genshin Impact Genesis Crystals. In the meantime, all the promos and event details can be accessed through www.unipin.com or via www.instagram.com/unipin_ph and www.facebook.com/UniPinPhilippines.