Jackie Buntan, a rising Filipina-American striking star, will be in for a tough outing when she faces highly touted Thai prospect Wondergirl Fairtex next week.

The 23-year-old from Los Angeles, California faces the Thai phenom at ONE: FISTS OF FURY, which takes place live from the Singapore Indoor Stadium in Singapore on Friday, 26 February.

Watching Wondergirl’s previous bouts and carefully analyzing them, Buntan has a glimpse of what her opponent brings to the table. She’s confident she has the skills to overcome the biggest test of her young career so far. 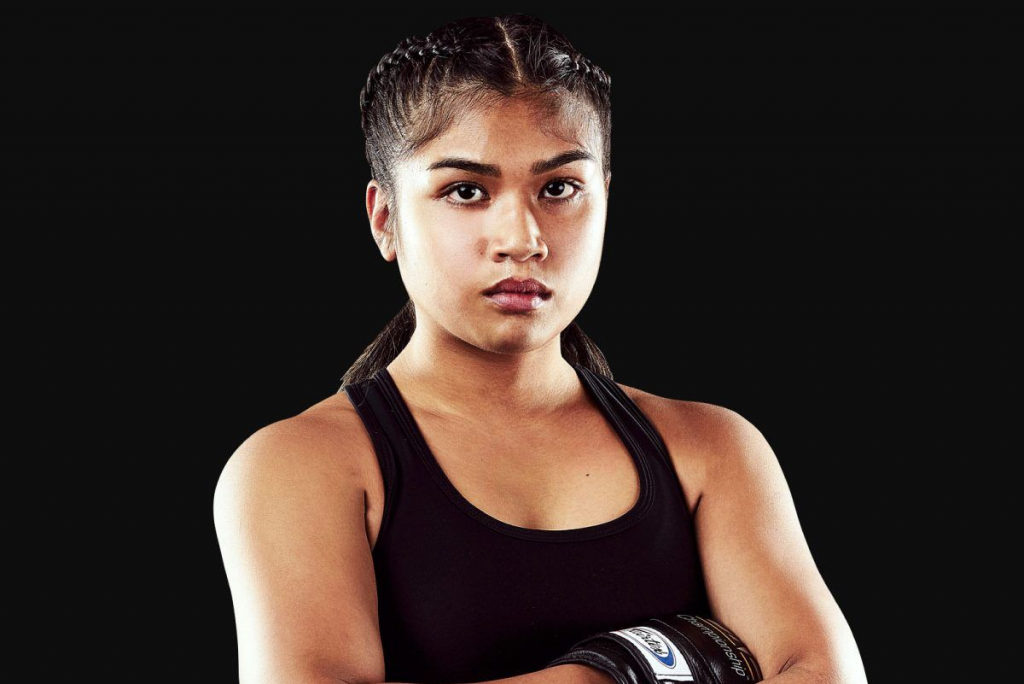 “Usually when I fight, I don’t like watching too much on my opponent. I’ll just watch a round or two, just to get an idea and then my coach does the rest but I’ve definitely seen her past two fights. But they ended short, so I didn’t get to see a full peek of her arsenal. I definitely have a brief idea of what she does,” said Buntan.

“She’s Thai style as well. We both are Thai style and it would make a beautiful nice fight. She likes to come over with straight shots, those are two things I noticed from watching those past fights.”

Buntan, who’s making her ONE debut, recognizes the challenge that’s laid out before her, and knows exactly what she needs to do when she steps inside the Circle.

Wondergirl, who is a two-time Thailand Muay Thai Champion, is one of the most promising young prospects on the ONE Super Series roster. But Buntan is looking to upend her esteemed opponent and start her own rise.

“I’d say I guess I could be a little bit more patient cause I’m a counter fighter, but I have some new tools from my arsenal. Always wanna bet on yourself. All I can say is it’s going to be a good and technical fight,” said Buntan.

ONE: FISTS OF FURY is a three-part event series, beginning with a live broadcast on 26 February. The main event features a ONE Flyweight Kickboxing World Championship showdown between reigning titleholder Ilias Ennahachi and #2-ranked contender “The Kicking Machine” Superlek Kiatmoo9.

Buntan expects the clash with Wondergirl to be action-packed and fast-paced, but also outlines a clear advantage she has over her foe.

“I’m not trying to sound cocky, just training with Bryan [Popejoy] for so long I’ve developed a higher fight IQ than where I was a year ago. Even during quarantine, I took that time to be as consistent as possible and sharpen the tools I already have, and sharpen the fight IQ,” said Buntan.

“I think my brain really [is my biggest asset], being able to make smart decisions in there. That’s going to be the difference.”