Dusk turned to an early evening outside her home as Aduke Ogunsanya finished her online work-out with her club F2 Logistics. The tall and athletic Fil-Nigerian’s frame cast a long shadow and her muscles felt slightly worn.

Ogunsanya is one among hundreds of professional volleyball players in the country physically preparing at home in the seemingly endless months. The possibility of a PVL tournament this summer growing traction.

For the middle blocker, the importance of each training grew steadily with the hope that the doors of the Inspire Sports Academy would open soon to the PVL.

The league and the glossy wood floor of Inspire would be the stage of her professional debut.

Ogunsanya recently joined the Sports Bytes PH podcast with veteran journalists Brian Yalung and Vince Juico and shared her thoughts on her past, her budding professional career, and the coming tournament.

The former captain was an essential part of the winning culture in DLSU. A culture brought by Head Coach Ramil De Jesus to the semi-professional level four years prior under F2 Logistics. Recently the Cargo Movers announced they will drop anchor in a new organization. Completing a cast of twelve teams docked in the PVL.

She touched on her humble beginning as an aspiring student-athlete and how Coach De Jesus and his staff noticed her potential.

Looking back on her past exploits she explained what she had assimilated in her time in Taft and what she would keep with her going into the bubble.

The F2 Logistics middle blocker was a pillar on defense at the net, becoming one of the most consistent blockers in UAAP Season 82 in her senior year. Ogunsanya was introspective about how it would translate to the next level.

Sporting a jacket with the yellow and black colors of F2 Logistics, Aduke revealed a positive mindset in her preparations for her team’s impending travel to Calamba. The middle blocker also intimated how she deals with the distance from her family and the sacrifice she had to make.

“I think very excited naman each and everyone of us kasi ito ang hinihintay namin for the past year, na magkaroon kami ng liga. Finally!” the former Lady Spiker noted.

Trained with one of the best university squads in the UAAP and played against some of the best in the country, Ogunsanya bared that she will be ready when the PVL begins. She will be primed for the new set of challenges.

“I will compose myself kasi my team mates will need me. Hindi ako magpa-pressure sa mga sinasabi ng ibang tao or sa competition kasi nga its a pro league. I will try to focus on myself and the team and I will try to perform sa abot ng aking makakaya. Matutulungan ko sila,” Aduke stated.

With a glint of expectation in her eye, the new addition to the F2 Logistics Cargo Movers resolved to make her debut in the PVL to be about providing the necessary encouragement and support for her club. She continues to sharpen her skills and improve her conditioning for the new chapter of her volleyball career.

If you missed the interview, that show is embedded below. 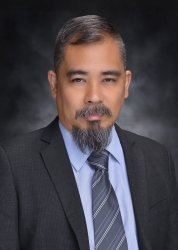