It’s the journey and not the destination.

This has always been my take in any ambitious undertaking I make in life.

My NBA chronicling for more than half-a-century is no different.

Allow me then to accompany you, readers, to memory lane with some of the most unforgettable moments in my 65.5-year earthly existence.

The long and winding road traversed, no matter how difficult and rocky, is what has made me today. The destination is only the icing on the cake, so to speak.

Legendary National Basketball Association great Michael Jordan once admitted in a commercial shoot for the world’s No. 1 shoe and apparel company Nike that he had missed so many shots during his illustrious NBA career from the mid-1980s to the early 2000s (a career that was interrupted by a pair of “retirements”). According to His Airness, the number of times that he had failed was what made him stronger. After all, what does not kill you makes you stronger.

Jordan’s illustrious basketball career was defined by the times he had risen after every fall and succeeded after each failure.

Then there was this inspiring line from one of the old “Spiderman” movies that I had watched over and over again where Uncle Ben told a young boy by the name of Peter Parker: “Don’t just follow the path, make your own trail.”

The words of Jordan and Uncle Ben are what has shaped my life.

Instead of joining the family’s handicraft business after my academic years, I got to craft my career path. Officially, I became a professional sportswriter on June 6, 1981, when my first materials on basketball, particularly about the NBA, were published in Sports World, a weekly national sports magazine.

Nearly forty years later, here am I still churning one column or article after another.

The “mental nourishment” aspects of writing simply are immeasurable.

Believe it or not, never in my wildest dreams did I think I would go into professional writing some day, even as I took a Liberal Arts-Commerce (Lia-Com) course at De La Salle during my college days in the early 1970s that was other than Journalism.

But fate intervened and, by God’s grace, I have succeeded long enough to carve a niche when I shall have crossed the Great Beyond.

It’s worth recalling a few events in my younger days at Xavier School, where I spent my intermediate and secondary academic years (1962-72). It was the time that perhaps played a pivotal role in what has become of me when I joined the “real life” after college.

It was my XS mate and close friend (to this day) Samuel Dy Tang who “baptized” me to the world of the NBA in 1968 as a 13-year-old, seventh-grader when he brought various NBA magazines to school for me to read and peruse during the class break-time.

My interest in the American pro sport grew swiftly. How often I borrowed the printed materials from Sam and brought them home for “scrutiny” and longer reading.

We were in our grade school days or early teenaged years at the time. And since then, I have been hooked up to NBA chronicling and eventually, through the decades, mastered local and international sports in general.

Those old NBA magazines got me mentally rocking and rolling. During my spare time off classes, I would often take a jeepney ride to the old Avenida (now known as Rizal Avenue) in Manila or to the Binondo area (Jim’s Counter was one favorite hangout) to get my fill of the various sports mags that carried NBA stories for several pieces of silver coins.

At the start of the eighties, vintage play-by-play announcer for Philippine Basketball Association (PBA) telecasts Dick Ildefonso sought me out for help on the credentials of prospective imports for the league. The man with the silky cool voice subsequently introduced me to the late Tito Tagle, the editor-in-chief of the Sports World weekly magazine. I was with SW from mid-1981 till mid-1984 when it closed down.

Sports Flash, a rival weekly sports magazine, immediately got me and my stint there lasted for nearly two decades from mid-1984 to early 2002. I was also moonlighting, writing, if not doing editorial work, for other sports mags such as All-Star Sports, Sports Life and All-Star MBA (for the old Metropolitan Basketball Association) among others.

By then, I had already “graduated” to the major-league daily publications like the Philippine Daily Inquirer, where I had a twice-a-week column “NBA Notes” for 16 years (late 1986 to 2002). I became the EIC of the glossy NBA-themed Tower Sports magazine, which paid Getty Images 25 US dollars for each of the official colored NBA photos, in September 1999. The quarterly TS lasted until 2011.

From 2004, until it folded up in July last year due to business losses arising from the ongoing pandemic, I wrote a biweekly sports column “Hoopster.”

A jack-of-all-trades, I served as a television analyst for a now-defunct Chinese-Filipino high school league MMTLBA for eight years (2016-13) and, until the recent suspension of sports competitions due to COVID-19, I also was writing the game reports for another Chi-Fil high school league in their official Facebook account for the last seven years.

And as if my cup ain’t full yet, I also spent seven years (2006-13) as a disc jockey (no laughs there) for a beautiful Sunday noon radio program “Buhay Pinoy Noon at Ngayon” in a government-owned station (DZSR Sports Radio, now renamed Radyo Pilipinas) under the monicker Hyper Henry.

I played good, old music from the fifties, sixties and seventies and share stories about life as only a Baby Boomer like me had experienced.

In effect, I have become a tri-media man. Once more, never in my wildest dreams did I think I would become one.

The beat goes on as I have accepted the offer of my NBA Hoops on Air associate Brian Yalung to write an NBA-themed sports column for Sports Bytes Philippines. Thank you.

Let’s get ready to rumble!

It was the early morning of that day in Manila when I heard the horrible news – the demise of The Black Mamba in a fiery helicopter crash. I had hoped it was only “fake” news. But the reality was it was not.

Kobe was to attend a girls basketball tournament game (where Gianna was scheduled to play) at his Mamba Sports Academy when the tragic incident occurred. He was there to coach Gianna’s team.

I was able to attend four Kobe press conferences among his seven visits to Manila for Adidas, Nike, Smart Communications and Lenovo. The first came in 1998 for Adidas then came several other visits during the 2000s and 2010s.

What I liked about Bryant was his competitiveness, fierce will to win and relentless work ethic, the Mamba Mentality. He spent his entire NBA career (1996-2016) with the LA Lakers and won five title rings.

Only 13 players in NBA history have played on more championship teams than Bryant.

I miss you, Kobe. 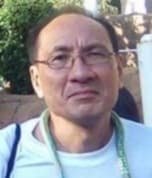 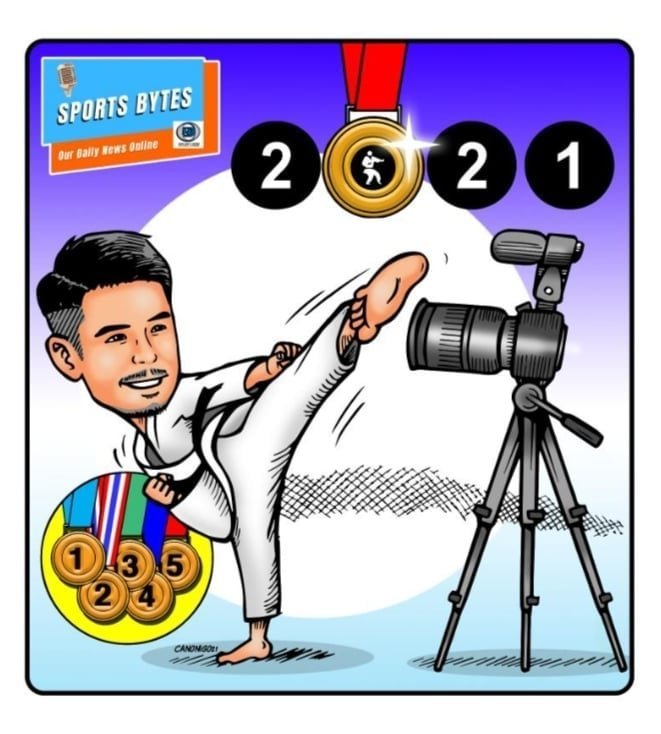